The rise and fall of Solyndra, the solar panel company that received a $535 million loan guarantee in 2009 and then filed for bankruptcy in 2011, is a cautionary tale for entrepreneurs and cleantech investors looking to operate in the space. But since then, renewables have continued to thrive, with solar energy being touted as the lowest-cost energy source. While the Solyndra incident didn’t knock solar energy down, YouSolar CEO Arnold Leitner note there hasn’t been much innovation.

With a strong belief that there was no clear path to make solar accessible to everyone, he wanted to build a solution people really wanted.

I recently spoke with Leitner over the phone to learn more about YouSolar’s vision to create the “greatest solar and battery system in the world”—and what he sees as the path to achieving it.

During our conversation, Leitner likened the current solar industry to “the level of the mid-80s PC industry in terms of compatibility, sophistication, and ease of use.” So, YouSolar made a system, the PowerBloc, that gave customers the opportunity to independently power their homes and businesses with ease and efficiency.

The PowerBloc has enough power to run a whole house, Leitner says. It’s designed to safeguard from power outages without any interruption—even if the grid is down.

By simply adding a few more batteries and solar panels, the PowerBloc can transition from partially self-supplied to entirely off-grid. Since it isn’t a grid-tied system, like other solar and battery systems today, it doesn’t require utility approval. That being said, the power really is in the hands of the consumers.

It’s modular, expandable, scalable, and customizable. Since it’s a plug-and-play system, all electrical components (called “blocs”) work parallel with one another. New blocs can be easily added without affecting the existing blocs.

A bloc can be a solar panel, a battery, inverter, or something of that like. According to its website, a typical PowerBloc consists of multiple solar panels, several battery modules, a grid connection module, an inverter, and a controller.

YouSolar also thought it best to have a modernized approach by emphasizing convenience. It’s quiet, lightweight, and compact, making it easy to transport, install, and live with.

Only a year ago, a series of wildfires ravaged California. And PG&E—which supplies 16 million Californians—cut power for hundreds of thousands in an effort to combat the wildfires.

These wildfires both literally and metaphorically left many Californians powerless.

“For people in India or Sri Lanka, this happens every day, they lose power. But until now in California, it didn’t, so we have to discuss it locally,” Leitner said. “We’re trying to tell people that it’s okay to save themselves [by opting for solar]. But the real saving has to happen in emerging markets. That’s where people truly have no power.”

To test its solution, YouSolar installed its PowerBloc system in several California households. For more than eight months, the PowerBloc has been the only power source to an off-grid house in Big Sur.

Leitner recalled one of YouSolar’s customers, who hadn’t experienced normal power in 15 years. They had gone through seven generators and a couple of battery systems without much improvement—that is until they purchased the PowerBloc. Once YouSolar installed the tech, the customer splurged on a new purchase, Leitner says.

“You know, when people get power, they use more. So, he decided to buy a new refrigerator,” Leitner laughed. 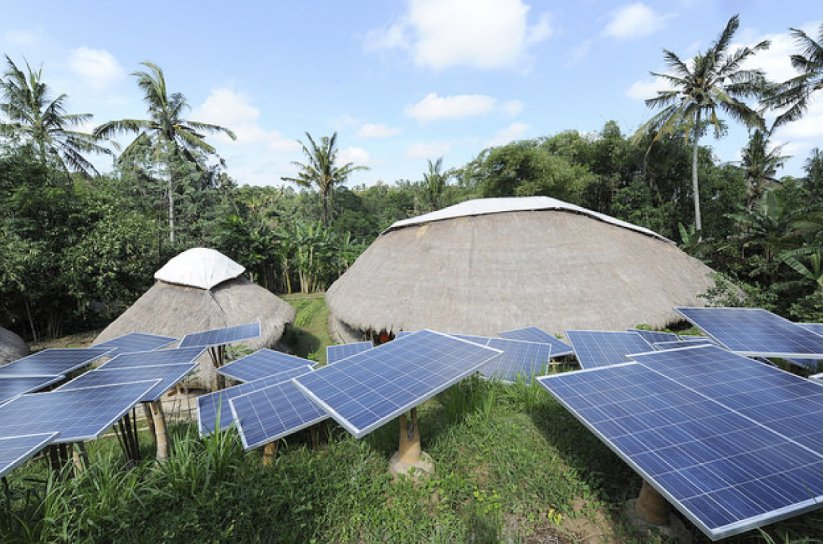 YouSolar worked on a project for the Green School in Bali
Credit: YouSolar

YouSolar powering a school in Bali

While YouSolar is based out of California, Leitner says YouSolar has always had plans for international expansion. And it currently has partners in India, Indonesia, and Singapore. But the Green School in Bali, a private school for children ages 3-18, particularly inspired the company.

YouSolar’s mission was to provide a reliable source of clean energy for the school. This would be a challenge, given Indonesia’s poor utility grid. But YouSolar believed they could uniquely deliver clean, efficient energy to the school, and went forth with the ambitious project.

Building on an existing solar array with battery storage, the entire school campus was completely powered by its hydropower system and YouSolar’s solar expansion. YouSolar did this by delivering two solar arrays and inverters with more than 15kW of solar to the school. But of course, there were obstacles too.

Some equipment YouSolar sent, namely micro-converters (which boost the energy production of solar panels), were lost on their way to Bali. And after severe flooding knocked down the school’s hydropower plant, YouSolar’s solar arrays became a major source of renewable energy for
the school. This still holds true today.

YouSolar plans to continue with this project after the COVID-19 pandemic. And so, Leitner remains optimistic— for the future of the Green School’s Energy System, YouSolar, and a world with clean energy for all.

“The best days of solar are yet to come,” he said. “We haven’t even seen yet what solar and batteries can do for the world.”

Emily Dao
Emily Dao is a Writer at The Rising, primarily covering what businesses and
the government are doing about climate change. You can pitch her stories at
emily@therising.co.