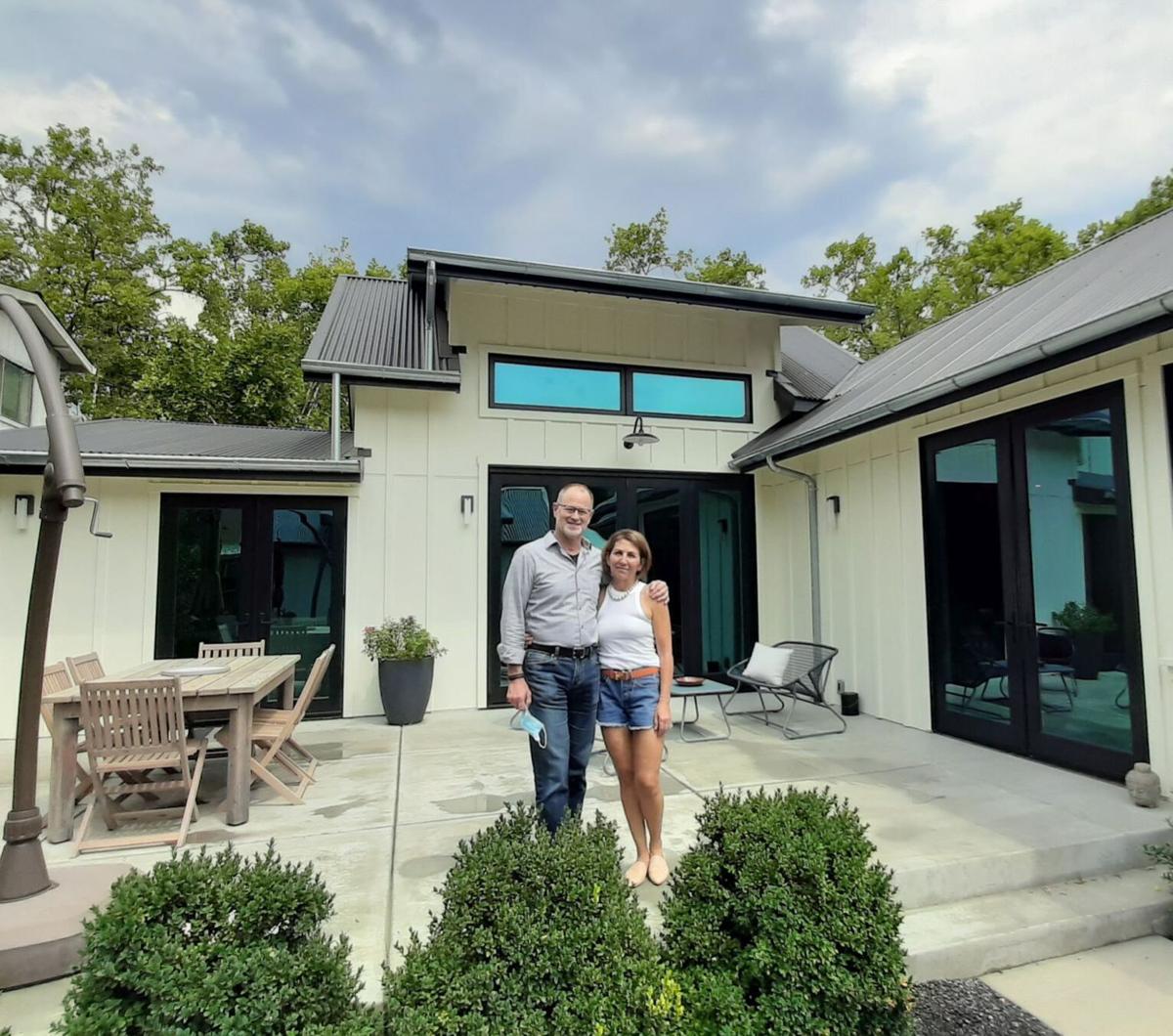 Peter Kay and Terry Goldin are installing a solar and battery powered microgrid to energize their Cedar Street home during power outages, such as PG&E’s Cynthia Sweeney, Weekly Calistogan

After enduring the sometimes week-long power shut-offs last year, Peter Kay and Terry Goldin have decided to install a microgrid for their Cedar Street home during any further shut off events.

The microgrid will take solar and electric power stored in batteries and provide enough backup energy to power the whole house.

“If the grid goes down, we won’t even know about it. There will be no interruption of service, the lights won’t even flicker,” Kay said. “When the grid is up and running, it charges the battery, and that happens seamlessly in the background.”

Pricey but comprehensive Kay and Goldin started out wanting to merely maintain power to the refrigerator when the power goes out. But after considerable research effort into various backup systems, they decided to go with a more extensive and expensive system that integrates solar and battery power.

“By the time we got down the rabbit hole of backup generators and whole house generators we realized that we were in solar and battery territory in terms of cost, and that pivoted the search for us,” Kay said.

“From the matrix of cost and benefit, we kept moving towards more expensive solutions because they were more comprehensive.”

Kay and Goldin own a 1,600-square-foot house and a 300-square foot guest house on their property. Gas and propane generators start at about $500 to run a refrigerator and a computer, and about $7,000 to power your house. Kay said his system, with all the bells and whistles, when fully installed, will cost about $40,000. But that is excluding state and federal tax credits.

There is also a state Self-Generation Incentive Program that offers rebates of up to 40% for people who use battery power. Some customers, who live in wildfire-prone areas and rely on an electric well water pump, or who have a serious medical condition, may be eligible for a rebate that covers 100% of the cost of the battery system, Leitner said.

“There is no cost incentive to install a generator,” Leitner said. “A generator is a piece of equipment that sits around all year except during the PSPS period, and when it runs, on propane and gas, and it’s expensive. Whereas the solar will provide you free power all year ‘round.”

There are also drawbacks for gas-powered generators including noise, the cost to run it, and the creation of greenhouse gases.

How the microgrid works

Kay and Goldin plan to have the microgrid system installed in September. It consists of a large 15kw hours battery and a small 3kw solar array. When the power goes out, the battery — still connected to the grid — will power the house full-time, first taking solar energy, and then from the grid.

The majority of power supply during the year — 78% — will come from the solar array, and the remainder from the grid.

The battery system is housed in an electronics case like you would use for computer servers. The system also has management software build in that will alert the homeowner if they are going to run out of power.

Solar power isn’t necessary for this system, however. “You can operate this system with any variety and/or number of power-generating resources,” even a wind-turbine. “It’s like a power plant for your house,” said Cassandra Sweet, account director for YouSolar.

If Kay and Goldin decide at some point they need more power for, say, an added air conditioner, they will have the option to add a small plug-in generator to the system, “Just to add more layers of belt and suspenders redundancy,” Kay said. “The primary attractiveness of this system is its flexibility and expandability.” He could also increase the storage capacity by adding another battery to the system. “A few more solar panels and kilowatts of storage and I could be completely off the grid.”